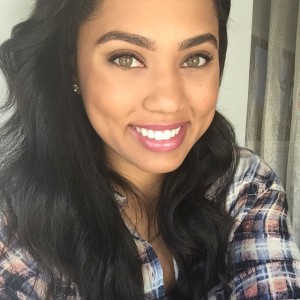 Ok. Let me tell you what we’re not going to do: condemn anything positive that doesn’t fit into this modern day generation of “freedom” aka chaos.

I’m exhausted once again by the generic brand bologna the world is passing out into the community once again. Like, someone come pick me up off the floor. I can’t.

So apparently, chef and wife of an MVP Ayesha Curry tweeted about her peeping out the current fashions of today and said she was not here for it. She’d rather keep the goods for her bae at the house. [probably why he keep making 3 pointers all the way from Narnia] And like every other good thing in the world, she is dragged through social media for being the upstanding woman she is because apparently she was slut-shaming. #BihWhut?

As all things in life, you have to go to the source. I looked at the source for myself and said “Source, was she wrong? Was she calling for women to stop dressing like Kartrashians and dress like her royal highness?” Source said, “Nah.” Her tweets simply stated that the latest styles call for women to dress in a more provocative way, and she doesn’t want to in reverence to her husband. #WheresTheLie?

The problem that I am hearing is the fact that people, who I’m assuming don’t necessarily fit into the modest category are saying she’s making them feel bad.

Now I’m all for doing you. Doing, wearing, being what makes you happy. So if the ish doesn’t apply, let it fly. Right?

But no where did she say “Hey! You there! I see you over there! You’re a slore!” Nope. The problem came in the form of people’s inference of her statements. By saying “I prefer to dress more modestly for myself and for my husband” people took that as saying that anyone who didn’t do the same were some what less than.

How you dress should be up to you. If someone’s comments make you feel differently about the way you dress, than perhaps, just perhaps, you weren’t as confident as you thought you were.

As a young married woman, I am in a weird age where I still want to be sexy, but still have to keep it classy and it’s an ever going battle between the two. If it’s an outfit that I know is on the borderline of being too sexy, I’ll ask my husband. He does not want his wife parading around showing his goods to every Tom, Dick, and Joe. (No I’m not his property, but he is me and I am him. Pretty much what marriage means.) It makes me feel sexy when I have something a little too revealing on and he’s like, “Nah. Put on some leggings with that. No wife of mine is going out like that.” I throw a hissy fit, but inside I’m like “He’s right. I would feel self conscious in this all night.”

The thing is, single or not, you should dress for you. IF wearing that low cut top makes you feel good, than do it. But that’s on you. If wearing a caftan to the ankles makes you feel sexy, then do it. But what you aren’t gonna do is makeattempt to make (cuz she’s currently unbothered) Ayesha’s choice of morality a negative thing. Being covered up is not a bad thing. My body is my own and whatever I choose to do with it is my choice. Covered up or not.

And men, we don’t dress for you. You are the same creatures that can’t differentiate between periwinkle and lavender (cuz obvs one has more blue, duh!). Your opinion is irrelevant. The only human who has a say in what another adult wears is a spouse.